Google Index to Split: How it Will Affect Your Ranking And What to Do Now

Where would you prefer to do your Google search? On your desktop or your smartphone?

It was last year when the tech giant started to tinkle with the experimental idea of a mobile index, and Google tweaked its algorithm to prioritize those websites which were optimized especially for mobile.

To streamline its mobile capabilities, it also began adding AMP or Accelerated Mobile Pages to its search results recently and this gave users the option to go for web pages that load faster.

Today, it is clear that Google has decided to push through with the idea as it made a lot of sense.

Last October 13, 2016, Gary Illyes, Google webmaster and trends analyst made an important announcement during the Pubcon digital marketing conference that Google is planning on releasing a mobile search index separate from the desktop version.

Illyes mentioned in his keynote address that the mobile version would become the main search index. He confirmed through Search Engine Land that this is going to take place in months, although there is no specific timeline.

As a result, webmasters are now preparing for the transition.

But what will the effect on you be when the two indexes are split?

It turns out, it could make a huge difference to your ranking, and the amount of traffic you get to your site.

At present, Google employs a single index of documents used for searches made or as a response to search engine queries. The goal this time is to make two separate indexes or distinct versions, one for mobile and one for desktop, with mobile as the primary index.

The result is a mobile version that is constantly updated and a secondary desktop search index that is less up-to-date.

For smartphone users, this means they are now likely to have a much better experience when they search the web, and seeing that the majority of web use is via mobile devices, this is a natural progression for Google.

Evidently, Google is advancing mobile priority and encouraging website owners to follow through since last year via the notorious Mobilegeddon.

This indicates a clear adaptation of the paradigm shift from the desktop search to the mobile search for the company.

The announcement of the split up of the search indexes also has important implications for SEO.

It implies the priority of mobile search over desktop search and an urgent signal for SEOs to follow suit.

The minimum requirement is to either have a responsive website version or a mobile version. Aside from the mobile-optimized site, it is also important to incorporate speed into the process.

Google espoused that a good 53% of users have a tendency to leave a website or a web page if it fails to load within three seconds. This is quite logical because individuals who go online on their mobiles are people who are busy and multitask. They do not have the luxury of time to wait for a page to load, so speed is a must-have.

It is along this line that you might need to adapt the AMP technology and publish content with the use of the Accelerated Mobile Page to gear up your site for speed. If you have not optimized your website via the AMP tech yet, you may check your mobile page speed through Google’s testing tool then keep load times at its lowest.

On the other hand, for those who publish news on a regular basis, it is highly recommended that you get listed at Google News. This will help enhance the indexing of your published content and make it more accessible in the search results.

As of now, it is not yet clear as to how the mobile index is going to work. There are questions such as whether the mobile index, being the primary index, can or cannot be used to answer desktop queries.

Also, how far is the desktop index going to be when compared to the mobile version regarding updated content? While Google searches via the desktop are now a minority, the overall usage is still substantial.

Search Engine Land’s Barry Schwartz contends that: “The most substantial change will likely be that by having a mobile index, Google can run its ranking algorithm in a different fashion across ‘pure’ mobile content rather than the current system that extracts data from desktop content to determine mobile rankings.”

Joost de Valk of Yoast agrees that this particular change in indexes is actually a logical next move for Google. Valk shared that, “It makes sense to me that they’d have two separate indexes and treat them as equals, but now they’ve got a primary one. That makes sense too, because it’s probably the fastest way for them to grow their index,”

Meanwhile, Danny Sullivan, Founding Editor of MarketingLand and SEngineLand said that, “I think in part it is about pushing people to change their sites to be responsive rather than having a separate desktop and mobile site. By saying that their mobile index is more important, it will push people to focus on their mobile sites.”

Why Sites Should Be Mobile Optimised

It used to be fine to have a site that didn’t work that well on mobile phones. When smartphones appeared, they had large enough screens so people could zoom in and view desktop screens, but that’s no longer good enough.

Desktop sites generally have too much information on them which isn’t necessary for mobile versions. This slows them down and because mobile networks are usually slower then broadband, it means the experience isn’t great on a smartphone.

Years ago, mobile sites were the way forward, with many owners opting to provide a separate, mobile optimized version for their users. This is a good halfway-step, but it doesn’t address the real problem, and it means you often have to maintain two sites.

So the answer is responsive.

Responsive sites will adjust to the device it’s being viewed on.

Desktop devices get the whole experience, mobiles and tablets get a cut-down version that removes some graphics, adjusts text etc.

The Effect on Rankings

Google has already said it favours mobile-responsive sites. The downside to this is that it means if your site isn’t responsive, you’ll be missing out.

Your rankings will suffer.

What You Need to Do Now

By now, you’re either totally confident that everything is going to be OK, or you’re a little bit worried that your site is going to disappear from Google.

Head along to Google’s own mobile-friendly tester:

Pop your web address in there, and click “analyze”

When it’s done, you should get a result like this:

If the latter is the case, then you really need to think about getting your website redesigned. 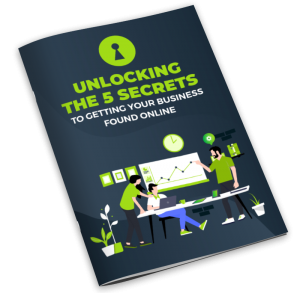